Developing greater empathy for patients and colleagues of different cultural background could help to boost the well-being of nurses.

According to a new Finnish study led by Tarja Heponiemi, Adjunct Professor from the National Institute for Health and Welfare (THL), registered nurses with more empathetic reactions, patience, and sensitivity towards cultural diversity reported lower levels of time pressure at work, distress, and sleep problems. 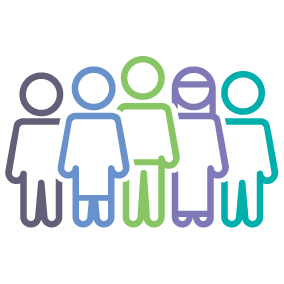 Cross-cultural empathy was equally important for the well-being of native and migrant registered nurses working in Finland.

Due to the rise in international migration in recent years, populations of many countries in the world, including Finland, are becoming culturally and ethnically diverse. As a result, nurses are facing cultural differences in their workplace.

If not well-managed, these differences can lead to difficulties in communication and conflicts, thereby jeopardizing the nursing staff’s well-being, which is already alarmingly poor. Poor well-being of nurses, in turn, can contribute to their decision to leave their current hospital facility or the profession.

“This is a critical issue as there are severe shortages in the nursing workforce worldwide, and more are forecast, which will have serious implications for the health of billions of people across the world if not addressed now”, says Tarja Heponiemi.

Poor well-being among nurses has also a direct impact on patient care and health outcomes.

“Therefore, investing in the nursing personnel’s well-being is not only important for nurses but also for the quality of health care overall”, adds THL Researcher Karolina Wesołowska.

As the results of the study suggest, helping nurses to be culturally more empathetic may benefit their well-being.

“The further step should be to explore means by which health care organizations could actually promote cross-cultural empathy among their employees. For example, our next aim is to investigate the role of the psychosocial work environment in its development,” Wesołowska continues.

The study is part of the Competent Workforce for the Future (COPE) project of the Strategic Research Council at the Academy of Finland. The involved researchers in the project are from THL, Aalto University, Laurea University of Applied Sciences, and University of Eastern Finland.

Read this in Finnish