Article: Administration and management - Behind the study 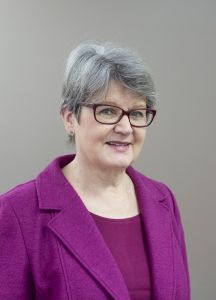 Vuokko Niiranen, Professor of Social Management Sciences at the University of Eastern Finland’s Department of Health and Social Management, heads the work package relating to management and administration in the COPE project. The aim is to study decision-making relating to the social and health services reforms and the transition in competence, administration and management both at the national level as well as at local and regional level. The research team also includes Sanna Laulainen, Senior Lecturer, and Joakim Zitting, Researcher.

“For a researcher, this transition is extremely interesting,” says Niiranen. “As a researcher in public administration sciences, I have studied health and social services and municipal reforms for a long time. It is interesting to see that occasionally similar issues emerge. What is the significance of an experiment if it fails to be transferred to practice?”

There are many questions that remain open in the health and social care reform, which means that it has been and continues to be difficult to assess the social impact and economic effectiveness required of the legislation.

Inter-ministerial relationships as well as central government steering of municipalities will emerge in the change. An interesting aspect from the researcher’s perspective is the central government’s long held aim to deregulate, while at the same time creating new regulations.

“Central government steering has been eased, but it is being tightened again.”

There are a number of pilot projects relating to development of the municipalities’ own activities that are being steered by various ministries. A good question is how they will overlap with simultaneous larger changes. What will be the role of the Association of Finnish Local and Regional Authorities as an active developer of municipal operations in the future? One of the issues of interest will be the relationship between the municipalities and regional governments.

“For example, services for the elderly can never been solely the business of social welfare and health care. From municipal basic functions these involve culture, sports, housing and construction. The same applies to youth work, early childhood education, child welfare and student health care. There are numerous interfaces with which various administrative sectors, levels and occupational groups are involved.”

Data will be returned to the subjects

“The data collected in the study will be returned to the work communities and organisations being studied, where they will be discussed with various actors and management. They will be told that this is what you are saying and what is involved in your opinion.”

Niiranen likes this approach, as it provides excellent perspectives on the organisations being studied. It will expand the researcher’s own thinking, but will not undermine the independence of the study.

“This approach is also part of the social impact requirement of the Universities Act. I believe that this will further recognition of our scientific findings and publications relating to the study as well as their use in decision-making and steering of operations.”

For more information, please read ”Article: Administration and management in the changing face of social welfare and health care”

Back to What’s new